Reflecting on the future of European Quality Assurance

The ESG2005 had a focus on the external quality assurance of learning and teaching, a consequence of the original limitation of the Bologna Process centred in degrees and to degree structures. A revised version of the ESG was adopted by the Ministers responsible for higher education in the European Higher Education Area in May 2015 at the Yerevan ministerial conference. This new version emphasised this focus even more.

An analysis of the ESG2015 reveals a philosophy of diversity and flexibility as regards methodologies, providing room for innovation. However, as argued by Achim Hopbach (2019) “all actors in external quality assurance, ENQA panels, governments, EQAR and agencies themselves, have to admit self-critically that the application of the ESG often looks different”.

An analysis of ENQA-EQAR double decision-making process on ESG compliance since the implementation of ESG2015 reveals differences in ENQA and EQAR interpretation of the ESG and inconsistency between the ENQA and EQAR decisions which may diminish the credibility of the process. This was made visible in the recent review of ENQA.

Some developments are taking place, namely ENQA’s decision to use only three decision levels for each ESG standard (compliance; partial compliance; and no-compliance), the modification of its statutes and rules of procedure and EQAR’s new interpretation of the ESG. And there are debates on the interest of successive reviews of agencies. How to increase the contribution of those reviews to the improvement of QA activities? Therefore, this seminar is very timely as it allows for a discussion of these very relevant questions.

In the first part of the seminar the results of a detailed analysis of all decisions of ENQA and EQAR under ESG2015 will be presented, detailing those cases where decisions were not concurrent. This will be followed by a reaction from ENQA and EQAR to this duality/inconsistency in the analysis of the agencies’ compliance with the ESG2015.

In the second part of the seminar a discussion paper is presented including observations on the consequences of changes taking place, an appreciation of the added-value of successive ENQA compliance reviews and proposals for future developments. This presentation will be followed by comments from EUA, EUASHE, the European Commission and QA agencies (NOKUT, QQI and AQU) and then a debate will be opened to all the seminar’s participants. The seminar will end with final comments by ENQA, EQAR and Bjørn Stensaker.

Registration for the conference is required and can be done here: 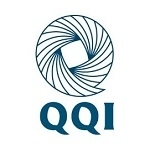